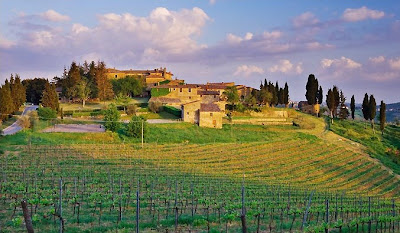 My mutually shared 60th birthday began as a secret; a secret invitation sent out by my husband to a large group of our friends.
He wanted to surprise me for my birthday by taking a villa in Tuscany to share with our friends.  It's something we've always talked about and he decided somebody needed to take the bull by the horns and investigate the possibilities.

He researched the best months to go, the available properties, whether to get a staff or go "bare boat".  He put together the plan, sent it out and asked them to come, to celebrate in Italy.  It wasn't just about my birthday, there were at least 8 of us turning 60.  It was also about shared friendship. 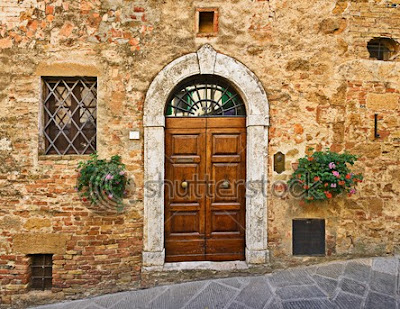 He planned it with 9 months lead time thinking that would be enough.  It wasn't.

Out of 20+ invitations, only one person responded she would go.  One said she'd try, the rest were either a flat no or they'd get back to him..  But they never did.  He was crushed.  He never told me.  I didn't know anything about it.

I accidentally found out in the midst of the New Orleans plans.  His trip idea sparked a smaller, shorter, more manageable excursion but it was also more cliquey and not all-inclusive.  One of the women organizing this trip let it slip to me that it was "all Scott's doing."  When I asked what she meant, the cat was out of the bag. 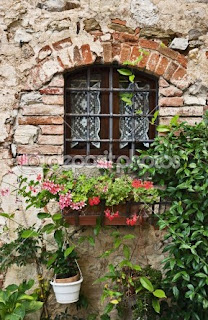 My husband is a thoughtful man.  He loves a surprise.  For his 40th, I surprised him by kidnapping him to Mexico, booking a beautiful hotel in Ensenada where all our friends, at least 14 of them, were waiting.  He's also had a few surprise parties over the years but  I've shunned them for myself.  A few years ago, however, I expressed the desire to really celebrate sixty.  He obviously did not forget.

He was hurt by the lack of response from our friends.  He thought there would be enough of a consensus, say four or five couples, to put it together.  Once I knew and was able to discuss with him, I empathized but told him he shouldn't have too many expectations of friends.  It's often a shifting street, a slippery slope.

It all worked out.  But wouldn't it have been magical to take that villa in the golden hills of Toscana?   We'll get there together.

You know what they say, "When God closes a door, he opens a window"

Posted by California Girl at 6:13 PM

I see you're catching up on your reading, lol.  Should I write in such a diary-like manner?  I've been thinking I'd get more into a memoir mode on this blog.  The other one is a predominantly political op-ed of my opinions with some personal anecdotes and humor thrown in for the change up.  Neither blogs have been as focused as they should and I struggle with that.  I keep telling myself I write for myself but it's impossible to ignore the  comments and visits of others and not wish for a larger audience.

Hi! C.G...
I really enjoy reading your post...Because it's akin to reading a diary...almost!...The father Of your children seems like a very thoughtful and loving husband too!...By the way, Tks, for sharing the images.
[I also read about the missing comments in your previous post about your son.]
C.G...I hope that you, your mother-in-law, husband, and family, have a pleasant Mother Day's week-end... too!

My husband has never seen Italy. I haven't been since the 1970s so it will be new all over again. I think we'll totally enjoy by ourselves.

Italy is magical... I do hope the plans come together at some point in time.  Or, you and your thoughtful husband could enjoy it yourselves... ;)

Tuscany is worthwhile even if it's just the two of you!

You're right although our trips together in our early thirties were really fun.  We basically went to beach resorts to lie on the san, swim in the ocean, drink in bars & go dancing.  I think the sun & sand & swimming is still doable.  Bar drinking & dancing?  IDK.

I noticed the "very fine financial condition" in you other comment so I assume many have been to Italy before.  We made it there once some years ago (Venice).  You mentioned the "having kids" impact.  That makes sense to me.  After the kids grow then you have grandkids to impact your schedule.  Myself I don't care to travel in groups of people.  You are always compromising plans because of everyone's different tastes.

Jan, I felt such empathy for him at the time.  He was surprisingly surpised and disappointed.

Many years ago Iit fell to me to plan the annual "Big Chill" trip for our friends.  It was to be our 4th year in a row going somewhere fun for a long weekend.  I had our travel agent do the work, make the reservations, book the flights etc, with the pre-approval of all 20 friends (10 couples).  This was done in advance and for some reason, one by one a number of our friends began to drop out.  This was "back in the day" before there were cancellation fees, deposit losses etc.  I was so steamed.  I had the tvl agent charge each of them $25 cancellation for her trouble.  She was pissed but at least she received a few hundred dollars.  I swore I'd never be the planner again.

I saw your second response...guessing it was via email?  I read it late last night on my Kindle which is a bitch to respond on.  Sooooo, I think you have it straight, right?   Thanks for visitiing and commenting  TWICE!

Brian, this is actually a reflection of last year's trip and the original plan conceived by my husband.  He wanted it to be a memorable one and, with a bunch of us turning 60 and many if not most of our friends in very fine financial condition, he believed it would be doable.  Once upon a time we all traveled together to some fun destination, usually a beach, to spend 5 days together.  When everyone had kids, that ended.  But it was fun while it lasted!

what a cool hubs...and it was thoughtful...you are right on friends you know, and expectations but...happy birthday...and enjoy yourself where ever you end up...

Happy Birthday!
I'm glad you had a good time in Mexico, but the trip to Tuscany would have been amazing...

What a sweet thing to do. It's good you are celebrating that momentous birthday, and I can see what he hoped to achieve. But it's hard to get other people to make such a commitment. I know I couldn't have done it easily... A bittersweet post.