Rather than write about them, I'll show you my current dog pets and my recently deceased kitty, Maggie., the cat who died too young and broke my heart.  She was ten years old and passed away last December of undetermined cause.  My husband and I see her still, sleeping peacefully on our bed or slipping around a corner, just out of sight.  She was a real character and smart and fast and had a killer mentality when it came to critters. 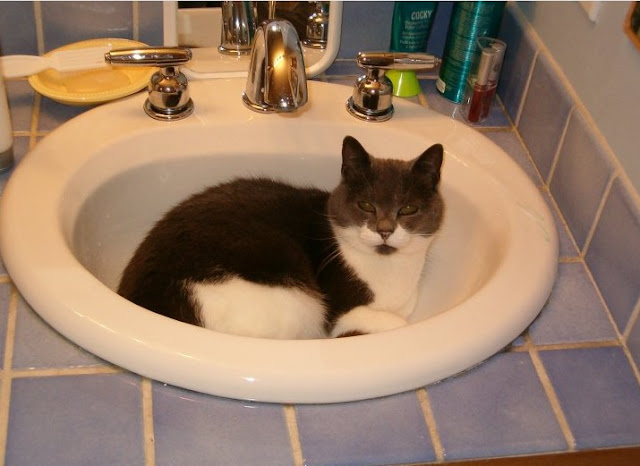 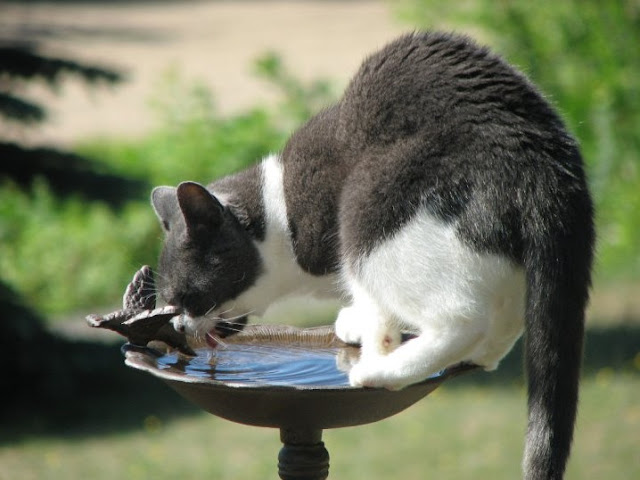 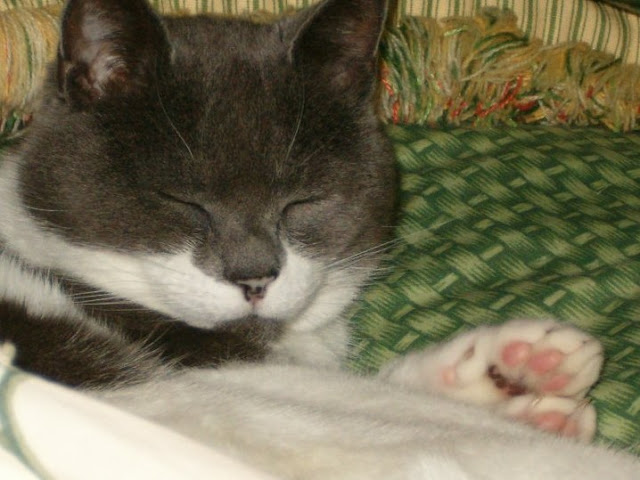 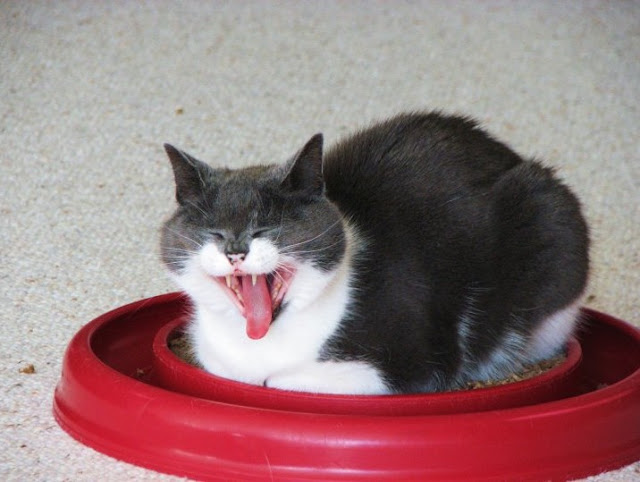 Then, there are the dogs, Zoe and Dewey.  Zoe and Maggie came to us at the same time.  My husband the boys brought the girls home from the pound.  Zoe, at that time, was about 2 years old.  She was so cute, so sleek, so fast, we called her "Radial Zoe".  Wish I had a photo of her from that time but I do not.


Dewey came to us via a friend.  He was about six months old, living with a biker, swam across the river to my girlfriend's property to get away.  She brought him to us and we took him in .  My younger son named him Dewey because he has big ears, like the youngest brother on "Malcolm in the Middle".  We've had Dewey about eight or nine years. 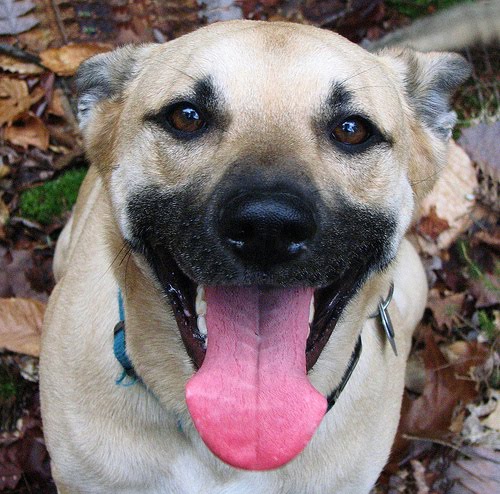 Our dogs do everything together.  They are a pack, along with alpha dog, my husband.  They regularly hike and climb with my husband in the summer...
...and Winter. 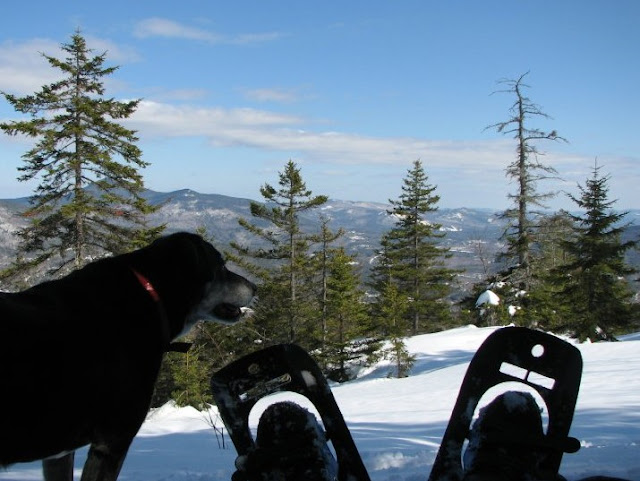 Then, there's Aerial Dewey.  This is a real shot.  He was catching a frisbee but he looks like he's being blown backwards. 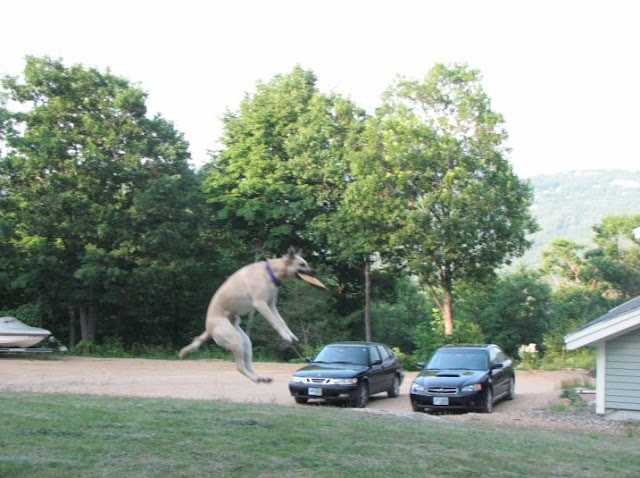 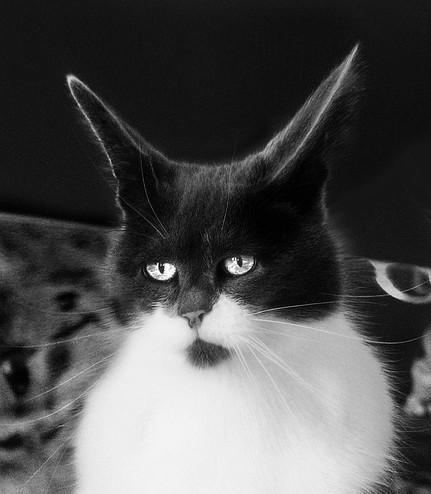 For more of Dewey's aerial antics, scroll to the bottom of my blog page.

Posted by California Girl at 11:33 AM

Fun post! I really have a sense of their personalities from these photos. The dogs look so happy.
Sorry to hear about Maggie - she sounds like a special cat.

Cute pics! Love them all! What is it with cats and bathroom sinks? Our two used to sleep in there all the time. :) I miss ours, too...and one I still see just like you described..out of the corner of my eye.

Love all your photos...

got the bat-cat there at the end...lol. all the pics are amazing, everyone so happy...the one of the cat drinking out of the birdbath though is spectacular...happy tt!

Loved the great family shots and theme choice. Thank you! I'm a California girl too.

Oh, suh-weet!! Maggie has such a darling little face...I know how much you must miss her. I love her name...it was my Grandma's.

Zoe and Dewey look like they've been well loved. We take our Lucy hiking, too. She loves it when there is a lake or a stream so she can go swimming.

These animals are very loved, you can tell. I love the picture of Dewey with his big smile! And whoa! That is one frisbee lovin' dog!

There is a lot of tongue action going on. I'm guessing that the dogs do a bit of running around!

I have a cat named Zoe and a photo of her in the sink like your Maggie. She doesn't usually sleep in the sink but she must have been feeling insecure. We had just been evacuated from one of the big Calif. fires and she was in a strange place. ( I also have 5 other cats)
I know how much you must miss Maggie. She's beautiful.
Love this theme! Barbara

That is quite an interesting little herd! Frisky looking lot. I know you still miss Maggie... we still miss Tess.

Great shots! I just adore pets! This TT has been a real treat for me! I love to see the love and devotion people have for their fur babies!

I too lost a beloved cat last year...and STILL see her all around the house. Sometime I have to really STOP and THINK..."well that could NOT have been her!" Makes me miss her but the memories are SWEET.

I love your pictures, especially the one of Maggie in the sink. What a beautiful trio of animals; I am sorry to hear that Maggie is no longer with you.

I burst out laughing at the last picture!! Quite enjoyed reading about your pets and how they came to be with you. You've all got big hearts, obviously.

Maggie looks very, very much like my youngest son's cat, who was an addition to the household at a time when we already had two cats, two dogs, two rabbits and assorted smaller creatures. I said a definite 'no' to another pet, and warned him not to give her a name because she'd have to go back where she came from.
Turns out 'where she came from' would have ended up as a garbage bin, so of course she's still with us and we consider her the best cat ever. Her name has remained as 'Little Cat' to distinguish her from the others, who are now gone.

Was Maggie's fur like the Velveteen Rabbit's? It looks so, and is what our LC is like. Wonderful kitty and I'm so sorry you lost her. I can well imagine your distress.

Great stories about your pets. But I have to say Maggie's story is a tearjerker. 10 years old is just too young.

I can see why you loved that cat. She's just gorgeous. I miss cats but I'm so afraid they'll eat the wild birds if I get another so for not . .I'm a dog person (oh and that photoshopping is so wrong! Hahaha!)

I really enjoyed all the frisbee pictures. Dewey really looks like he has a lot of fun playing with it. It is always amazing at how well the dogs can fly through the air to catch things.

We had a cat that used to go into the bathtub, but never one that went into a sink. That picture is so cute. So sorry for your loss.

My hands are itching to pet and scratch now. I wonder how in the world you did that ear trick on PhotoShop!

Hi Calif Girl,
Thanks for your comment on my avocado blog. Too bad you didn't buy the avocado ranch back in 1990, we'd be neighbors.
Love the idea of avocados and cottage cheese together, that sounds like a great combo.
Some time I'd love to hear how you ended up in NH.
Nancy

why do people have pets?

love the photos....so sorry about maggie, ten is tooooooo young.

ah your pups are divine....give them a pat from a mouse!

thanks for supplying this week's theme

These photos are all taken by someone who adores her pets. My favorite is the one of Maggie bellying up to the birdbath bar. I often miss my two cats; sadly there's no chance of replacing them because my husband is allergic to cats.

Cats must love that perfect shape of the bathroom sink. I have seen so many photos of cats in sinks. There is even a video out their of a cat in a sink and the owner turns on the faucet. The cat drinks from the stream and the sink starts the fill. She doesn't realize it till she is practically covered with water. Then all hell breaks loose. haha. Very cute photos and excellent post.

What a beautiful, beautiful cat. Such a sweet face.
Your dogs look a lot of fun.

two awards from the bottom of the post,
Happy Sunday!

Great photos and little stories. I'm glad you are a pet lover!
We had a 12 year old cat who died a few months ago. The same thing happens to me. Our of the corner of my eye, I see him walk into the room or jump off the bed. We miss him so much...Here's a link about it. I understand if you don't care to read it.
http://patricktillett.blogspot.com/2010/02/rest-in-peace-batty-boy.html