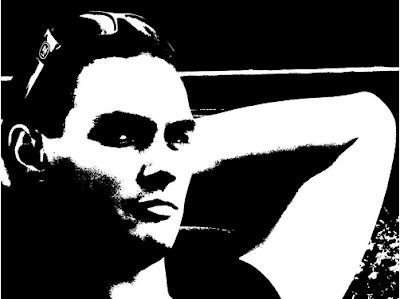 Son #2 came home a month ago. sigh. He was a helpful considerate boarder for 2 wks and now it's same old same old. His room is a pig sty. He sleeps til 11am. He's out til all hours. He eats everything that isn't nailed down.

Just last week he ripped a hole in the leather upholstery of my Subaru. Back seat. He saw a friend of his crying & riding her bike home after midnight. He stopped to give her a lift putting the bike in the back seat instead of the trunk. When he went to lift it out, the chain ripped my upholstery to the tune of $452!!!!!!!!!!!!! I couldn't even yell at him because he was doing a good deed!

My girlfriend calls this the"Step in Shit Syndrome". As she so eloquently puts it "There are some people who can step in shit and come out smelling like a rose. Others...not so much."

Yes, well. I'm still driving around with the $800 dent he rec'd in the hood of my car last summer when he took it to the river to go swimming. Of course, I had told him NOT to take it to the river and, don't you know, some truck or suv w/ a tow pack backed into my car & took off, leaving a nice tow imprint.

If I were to add the amount of money he's cost us in accidents, it would probably give me a heart attack. He came very close to totalling my husband's F150 3 summers ago. He was drunk and hit a telephone pole. He walked away. That was a good $17,000 the insurance company had to cough up. Were we grateful he lived? Yes. Were we unbelievably pissed he had taken that kind of stupid risk? Yes.

I think the driving force here is fear. Fear that something will happen to him that he'll/we'll never be able to fix. Fear that I'll be forever at the mercy of my son's mistakes. Fear that he'll be the recipient of mine. Fear that I can no longer tell him what to do, protect him or save him from himself. The fear that only a parent can know.
Posted by California Girl at 2:25 PM