September has been a surprising month of travel for us. I say "surprising" because we didn't plan it this way...it just happened, making it all the more fun.

We visited The Balsams in Dixville Notch, N.H., famous as the "first in the nation" location for each presidential election.  We attended a wedding in the mountains nearby.  The resort, one of the oldest in the country, opened its doors in 1866 as a small roadside stop for travelers. 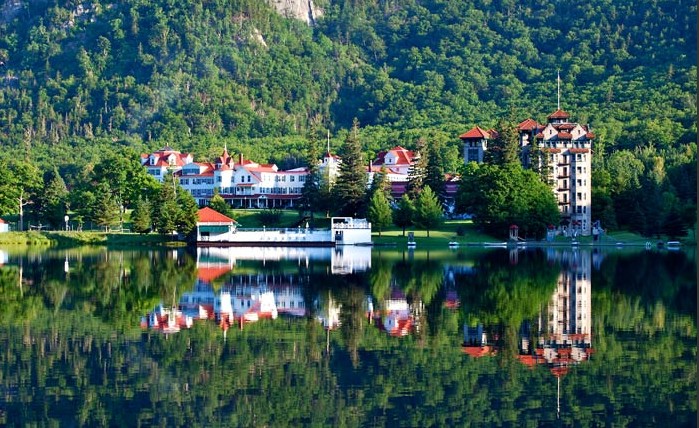 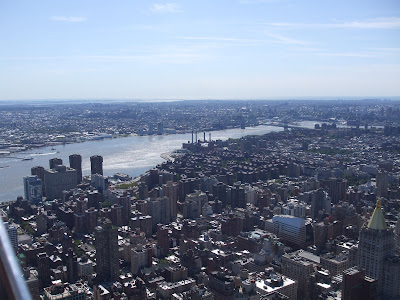 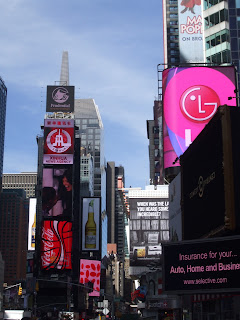 Five days later, we left for New York.  It was go, go, go the only thing you can do in the city.  I covered that trip in this post.


After New York, we were home four days then off to the Coast of Maine near Boothbay Harbor to an island called Southport.  We stayed in an old time resort, the Newagen Seaside Inn on the tip of the island. 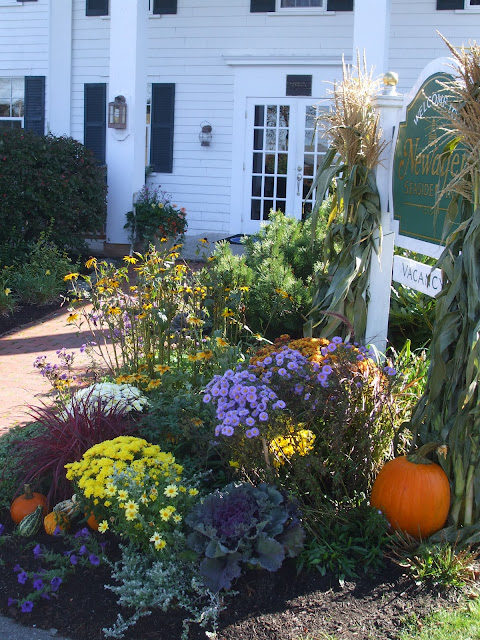 Their gardens, sweeping lawns and 240 degree views of the water were joyous.  Fall garden decor is big in New England. 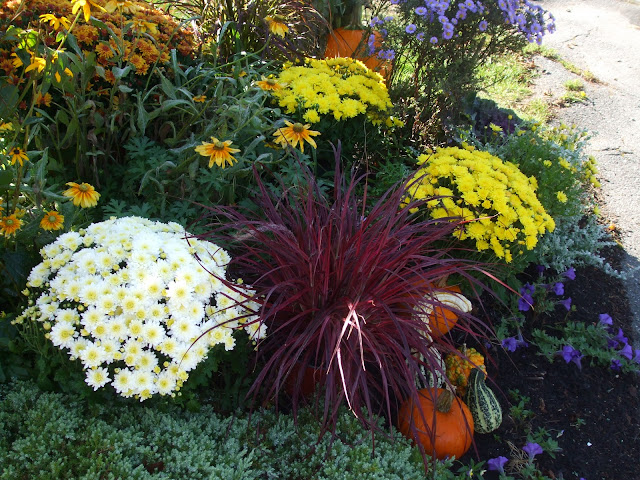 No beach but a typical, rocky Maine shore.  The ocean is too darn cold for swimming. 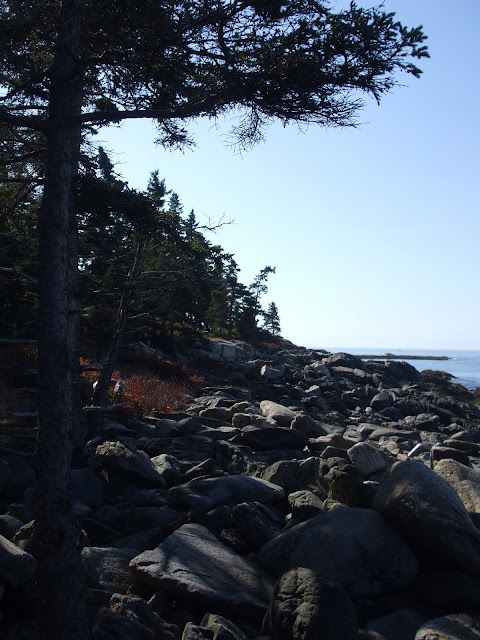 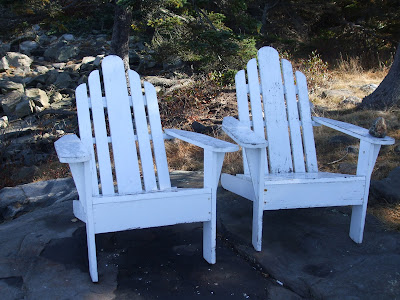 By the way, these are my photos with my new camera bought for me by my husband for my upcoming trip to New Orleans in October. (I think he's tired of my asking him to upload his photos to the web so I can use them  :o)

Posted by California Girl at 10:00 AM

Beautiful photos of my old stomping grounds. Fall- so lovely.

Sounds like a good trip. Have fun with your new camera... I love that first photo with the water reflections.

September has been a surprising month of travel for us. I say "surprising" because we didn't plan it this way...it just happened, making it all the more fun...

Hi! C.G...
I say doing things spontaneous it always a good thing...I'm so happy that you and your husband are just "jumping in the water" [Without testing the water!] feet first!

By the way, the photos are [very] beautiful! and "Congrats!" on receiving the new camera...(Especially, after viewing your photos...Keep them coming!)

Thanks, for sharing!
deedee ;-D

Absolutely STUNNING photos! I especially love the reflection one, and the fall flowers. But really I loved them all. Good for you for taking on the photographic duties yourself. And I will benefit, too...

Everyone: I should have and now have credited the first photo. It's from The Balsams' web site. Not mine.

Thanks for your other nice compliments.

very cool shots...you have been traveling in some beauty for sure...have not made it to new england area though would love too....love me some NYC though...

What a wonderful September you have had! You empty nesters can do that kind of thing. lol. I'm hear packing school luches, but I'll happily live vicariously through you!

I'd love to stay in that first photo a month or two! :)

You go, girl! I'm lovin' your photos. You are very much enticing me to visit the New England states one of these days. What are you up to in NO?? Lots of good food there. =) blessings ~ tanna

What could be better than autumn on a New England getaway? The resort is so gorgeous, and the inn, mmm.

Beautiful photos. You're making me jealous. California has it's own beauty but sure can't compete with the East in the fall. Looks like a wonderful trip.
Barbara

What a fun month you've had! It all sounds wonderful and the pics are just beautiful! Won't be long now, you'll be in NOLA! Be sure and take lots of pics!