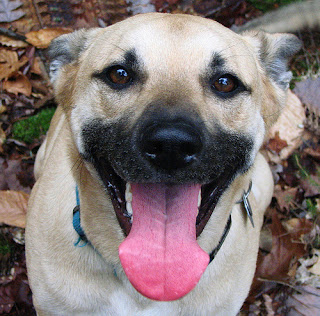 On a recent Sunday night, I threw a small dinner party for my two oldest friends in N.H.  One of them was the first woman I met in my neighborhood who subsequently introduced me to practically everyone I needed or wanted to know.  She's plugged in to our tiny burgh.   She's the person I go to when I need to know who is doing what, owns what, selling what, whose kids are doing what.  I laughingly refer to her as "The Town Crier".

While the dinner turned out beautifully, it was a comedy of errors under construction.  The paper towels caught fire & could have burned down the house were it not for my soapstone counter & my eagle eyed friend who saw smoke trickling out of the screen door as we sat on the rear deck.  I thought it was the bbq!  We snuffed the fire before it had a chance to blacken my new white cabinets or worse yet, burn down the house.

Back in the sweltering kitchen, continuing the meal prep as the humidity played havoc with my hair, my sanity & my overactive hot flashes, I was sweating profusely as I worked at the kitchen sink gazing out the window as my dog, Dewey, began to shake his head dramatically from side to side.  He was shaking something in his mouth which, to my horror, turned out to be a very long snake.  My guests couldn't see him from the deck because a large Japonica bush blocked their view.  I began screaming.  By the time my husband reached the dog, he'd snapped the head off the snake and was dragging two feet of snake body about.  UGH.  Now, being a California Girl, I'm thinking it's poisonous, you know, rattlesnake, coral snake, something like that.  Apparently it was a very long harmless garter snake.  That didn't appease me much.

When our guests left that evening, they thanked us for "a great meal and great entertainment."  I somehow always make these New England ladies laugh. 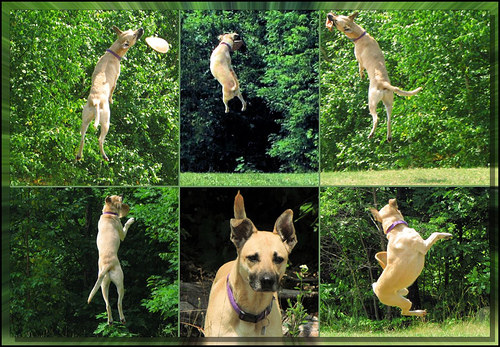 Our beloved Dewey, referred to as "Sideways Dog", in his youth

Posted by California Girl at 9:30 AM

Oh my, what a day! Glad all turned out well though. Agile dog!

Just shuddering to think of how close you came to losing your new kitchen!!
Not heard of soapstone used as a countertop material before - it must be lovely. Sculptable? I guess not.
And I'm also guessing that there isn't a hope your dinner party shenanigans will remain under wraps!

sounds like a lovely evening - despite the drama! always nice to provide stories that will live on and on and on!

ha...at least it was entertaining...and they will never forget it...we just had a convo with the boys who informed us that:

snakes marry at night
then lick each other

LOL! Well, you know it wasn't a boring evening!! I am sure your friends enjoyed a delightful visit and meal (with a little added drama).

When can I come?

So sorry you are having trouble leaving a comment at A Year with Rilke. Others have had trouble too, including Lorenzo. Try leaving a comment as Anonymous. If it doesn't get better, let us know, maybe we can change the comment format to a pop-up window.

Happy Fathers Day to you and yours, too. And glad to know that your house and home are still intact, even if the snake isn't.

Oh My Word. I thought stuff like that only happened to me. ha.

LOve it, shit like that happens to me all the time. Glad the snake wasn't poisonous though and that your cupboards spared a smoking. Love the pics of the sideways dog too

Hi! C.G.
All I can say is...Wow! what an evening...paper towels burning, meal, Dewey, dead snakes, garter...These would make great tags too...Kidding aside, I'm so glad that everything turned out alright and that you, and everyone is alright too!
Take care and now you can look back on the evening and laugh.
deedee ;-/

Well, hell, that sounds like the kind of dinner party I host! Disaster always seems to befall me. Once, long long ago, I invited a neighbor couple over for homemade pizza. It was absolutely a work of art and smelled wonderful. I was taking it out of the oven and the damn thing fell top side down on the kitchen floor. I had thoughts of just scooping it up and slapping it back together, but I didn't think I could pull it off. Needless to say, we ordered takeout.

So glad your new kitchen didn't come to any harm!

Oops! Things went from bad to worse in short order. Sorry for the trials, and glad your friends enjoyed the time.
As for your dog, well. . . .

A little excitement makes for a fun party!