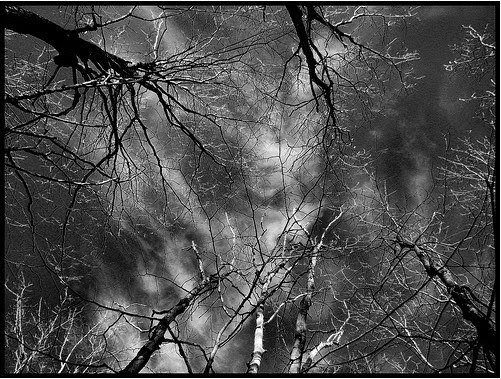 Our new life begins in the home of my mother in law.  She's 83 years old, still recovering from the death, last year, of her ex husband and housemate of sixty years.  She is a tippler who self medicates.  She doesn't handle change well.  Of course, who at 83 handles change "well"?  The reasons for our moving in with her were many:  she has a rambling old farm house with an upstairs living space, she's not in good health, the house needs upkeep and it seems to make financial sense for all concerned.  She can use the extra money and we can save some money.  I am convinced that multi-generational living arrangements are making a comeback.  There are many reasons, not least of which is the current recession; but there is also a real need for care and protection of aging parents.  This is an idea we kicked around for several years.  When we finally put our house on the market and it sold in one day and we had five weeks to move, well, it became an immediate realty.

Adjusting to our new living arrangement is the hardest part.  My MIL is set in her ways and very stubborn.  While she embraces the idea of our living with her, she resents the invasion of her space.  We find ourselves walking on tiptoe around her, never quite sure of her mood for the day.  My father was the same way.  He did not like any deviation from his routine and could get cranky at the drop of a hat.  The cliches of old people are all true:  they have to eat early, they drive like crap, they keep the heat turned up to unbearable levels and they don't like change.  Eating, sleeping and regularity are their primary concern, not necessarily in that order.  My husband and I wonder if we'll be like that when we're their age.  OMG, I hope not.

My younger son is living with us for the time being.  He has his own room, three squares and a new job.  He's content for now although he's making plans to move out in six months.  He patiently deals with his grandmother's moodiness.  His brother is home for Christmas and, together, they make her laugh and keep her entertained.  Their energy and joy are infectious.

As for my husband and I, we're giving this a three month test.  We'd like it to work because she can't really stay in the house alone much longer.  It's not practical nor safe.  But, everyone has to make it work.  So, fingers crossed.
Posted by California Girl at 6:55 AM

i hope that test goes well...with my moms fall here recently we have spent some times taking care of her...i know one day we will be needed even more...

iwsh you all a happy holiday!

I wish you the best. I think you are good persons and very brave to be doing this. I do believe it should somehow be self understood to take care of our elders. But in our modern way of life (modern not in a very good way) it simply is NOT.

I agree, multi-generational living is ideal when it works. Maybe we should all start thinking about that while we can still change and adapt. That way we will be ready to make it work when our time comes.

In many other countries it is very common for multi-generational families to co-habitate. Our "independent" culture has contributed to our transient lifestyles. I wonder what all we could learn from the others??? No doubt it would take some/alot of adjustment/s. Wishing all the best for all of you... Merry Christmas!

Merry Christmas! C.G.
This post was well written, very informative, and you are really fortunate to have the three wonderful men in your life.

Here hoping that everything work out for you and your family.
I also hope that you have a very warm, reflective, holidays season

Brian~I'am so sorry! to hear about your mother too!

Brian: hoping your mother recovers quickly...and, yes, you will.

Minka: Your kind words mean a great deal. Hope you're enjoying the holidays and looking forward to a new year.

Nancy: It is not easy and there is alot of adjusting going on. The jury is out so far. Will keep you posted.

Noni Tanna: I know it's common elsewhere and, once upon a time, it was common here. Our transitional lifestyles don't really support this. As the recession wears on, it may become more prevalent and practical for everyone to live together.

Dee-Dee: Thank you for the supportive words. The men in my life are wonderful even tho' there's often a bit too much testerone at times.

She is very lucky to have you caring for her. She just MUST feel safer with someone there...
Every generation has it's time to move up into first place. -J

What great kids you are to be so helpful to an aging parent. I get that it's mutually beneficial financially, but still a loving sacrifice.

I hope my kids will do the same for me, and hopefully I won't be a burden on them.