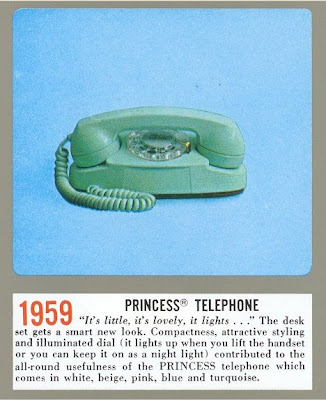 I posted a worthwhile 4 minute segment from Conan O'Brien's recent show with the comedian, Louis CK, on my other blog Women of a Certain Age. It's his take on the amazing technological advances for which we should be thankful and the silly sense of entitlement people have about them. One of the first things he discusses telephones vs cells. He describes what it was like when you had to use a rotary phone and your friend had zeros in the number; the all the way around the dial rotary movement. It got me to thinking about my telephone numbers growing up. 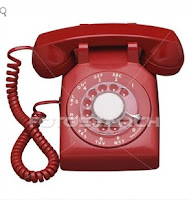 My parents' home phone was Diamond 04266. You dialed DI 04266. We lived in the San Fernando Valley, an LA suburb. Ma Bell, known as Bell Telephone, was the provider. Western Electric was the manufacturer. If your phone broke or didn't work, Bell came out and fixed it for free! FOR FREE!!!! Their only rival was General Telephone. They were always the underdog, the phone company that sucked. They had a reputation for unreliability. You did not want to be on the General Telephone side of the Valley.

Over the twenty two years my folks lived in our home, their phone number evolved only slightly. At some point, the phone company dropped the alphabetical letters, going numerical.
Ours became 340-4266 in the 213 area code. This is now the 818 area code. When I was 14, my parents bought me a Princess phone. They simply wanted the use of their home phone back. I was the envy of my friends. I had my own number, 340-4968. So, we had zeros in our numbers. And those zeros are what made the synapses in my brain write this post.

Do you remember your home phone number growing up? Or any of your old numbers? We had so few to remember back then. Now, we just store them and hit the receiver's name. But, it was kinda cool to have those old numbers and big blocky rotary phones. Our kitchen phone was dark red. My parents' bedroom phone was avocado green. My Princess phone was white. Was I a princess? Yeah. For a couple of years, I was.
Posted by California Girl at 10:50 AM

we had a beige princess phone in the living room at one point. My father worked for Mother Bell Herself.

As for the phone number(s) - considering the number of times we moved for the greater glory of Mother B , it's all zeros in my synapses :-)

I remember all the phone numbers I've had, but then they only amount to three... ;-)

---
For some reason, no posts from this blog show up on the reading list on my dashboard. I wonder why? I can see your other blog now, though. (To begin with that one didn't show up either.)

Hi DT: I don't know why. I've had a few others comment on this, Brick Street Bungalow & Lover of Life. I have spent hours trying to figure out what is wrong. the only thing I know to do is perhaps delete and reload. Now, I assume you are referring to the widget I have under "SUBSCRIBE NOW: FEED ICON" or is it a different widget like the "FOLLOW THAT BLOG" widget?

CG, it's the "Follow" widget I have used, and it is on the Blogger dashboard Reading list that I can't see your posts in the Items section although the name of your blog shows in the Blogs list. However if I enter under "manage" and then click on the link to your blog, it takes me here. - I've had other kinds of trouble with the Followers widget on my own blog, and I've seen more angry comments about it on the Help Group page; I guess the whole Following function still has some "bugs" to it...
Anyway, I liked your phone post! :)

Thank you DT. I've spent more hours than I care to think about on this and I'm soooo frustrated. I have people following but they cannot get updates. Empty Nest doesn't show up on the Blogger or Google Readers at all. Women of a Certain Age shows up but now it isn't updating. AAArrgghhh!!!!

In 1955 my La Mirada, CA number was Whitney 1-6438. We had a party line and the black rotary phone sat on an island-type area between the kitchen and the dinette.
(fyi - I seem to be getting the eeds from both of your blogs just fine on the dashboard and on my iGoogle home page via Google Reader.

Okay...that last comment - "eeds"supposed to be "feeds"
and I subscribed via the "follow this blog" link at the top.

Good memory DV! A party line. the only party line I ever heard was the one on Main Street in the Swift Premium shoppe @ Disneyland (I think it was the Swift Shoppe). Do you remember those wooden phones in the shop? You'd pick them up and listen in on a party line. I loved them as a little girl.

I have been struggling with my feeds for weeks and they seem to be working sort of now. I'm back having a few problemas with the WOCA feed because I need to re-insert some code in to the post template that will show my updates. Oi Vey!

I love old rotary phones. I collected them for awhile and I have one that I want to plug in when I own a home and have a real number outside of a cell. But.. will that ever happen? And if so - will I really use that phone? Who knows? For now it is stored in my parents' basement with everything else I love dearly but can't find a spot for in these tiny apartments we live in.

I remember seeing Jan talking on the phone in a Brady Bunch episode and that was the first time I really wanted one of those phones for myself. I never got my own phone like though, lucky you.

My aunt told me that when she wanted her own line my grandpa made her dig a trench on her own. Way to work for the privilege, right?

No Anthony and I are not married. We are engaged - going on 8 years of being together, though. Apparently getting married is not such a good idea until you have enough money to pay for real bills like medical and insurance. Someday we'll be married and life will be complete. Well - if we find time to travel that is.

This heat is pretty incredible. Loving it and hating it - what can you do?

I am also an obsessed blogger who has a right sided frame of mind but loves all the left handed fun! Too bad for us middle girls, isn't it?

Hi Kels: Just checked out your profile and you're a youngin'. What a great time in your life. Santa Cruz is a terrific school in such a gorgeous place. My girlfriend's son is enrolled there although I think he's been in Patagonia on some extra curricular trip. Anyway, thank you for the comment. Collecting rotary dial phones! That's a cool idea. I might actually like to have one again myself. There was something comforting in the sound of the dial going all the way round when you dialed a zero.