Back from the Bourbon Trail 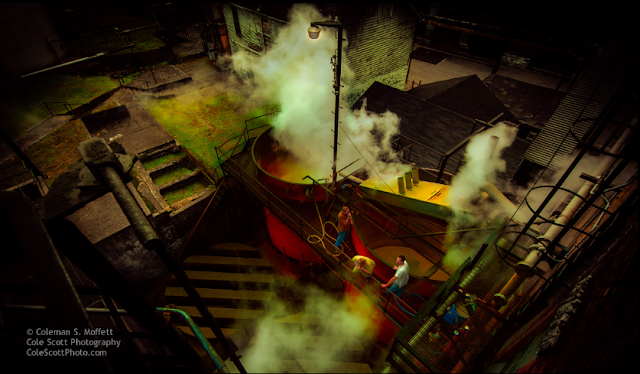 
My husband and I returned from a week long journey to Kentucky, where we once lived, to celebrate my birthday with good friends, do the Bourbon Trail and see the places we used to enjoy.
I am hastily posting these two shots he created during our tour of two major distilleries, Four Roses and Buffalo Trace.  Touring the distilleries is an education in itself and, while you do get to sample, it's at the end of long, informational and fascinating tour.  They are all different and well worth the time. 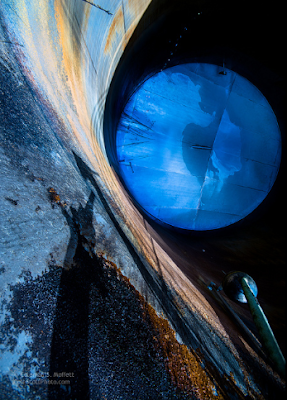 
The top photograph was taken at the Four Roses distillery in Lawrenceburg, KY.  The one that looks like a moon shot from a satellite is the interior of a barrel at the Buffalo Trace distillery near Frankfort, KY.

Posted by California Girl at 4:36 PM

Happy belated birthday, and what better way to celebrate than to visit a distillery! Bottoms up! :-)

what a great eye he has...cool perspective shots...happy belated birthday!!!

Just love the stuff you share with us. Beautiful photos!

happy birthday...even if it is a little late! :)

But...may favorite thing here today is that joke with the birds and the diet. Cracking up here... ha!!

First off, Happy Birthday!
Great photos (especially the second one). Even better when enlarged.